Elite TOMA has the best staff around! We know they are awesome, and we want you to know it, too – this new blog series is our way of introducing them to you. Everyone here is a positive example of a black-belt leader that all students can emulate. Check our blog regularly to get to know some of them better!

Ms. Karin Bassi is one of the most prominent faces here at Elite TOMA. Karin comes to us from her native country of Switzerland. In the year 2000, she moved to the United States and settled in Randolph where she raised her children. In 2003, Karin started looking for a martial arts class for her kids and found Elite TOMA. A couple months of watching them enjoy classes with Master Jo was all it took for Karin to join herself. Self-defense was a big draw, and she found training to be a great family experience.

Karin found a great deal of strength in training – both physical and emotional. Some physical limitations threw up barriers along the way, but she found her overall health much improved as a result of pushing through difficulties. After an unexpected illness and a trip to the hospital, the doctors told Karin that her superior physical condition saved her life. Even better, she recovered completely, when many would have succumbed. Karin has found herself able to face greater challenges thanks to her time at TOMA and has taken on many roles she never would have thought herself capable of achieving. Her confidence has grown tremendously, and she has developed excellent people skills, which enable her to be successful in all areas of life.

Karin feels like TOMA is family. She has worked at TOMA in several capacities over the past 16 years and is now our General Manager and Program Director. Karin is the first point of contact for most families here, and she knows everyone. Her role here includes a little bit of everything – organizing programs, supporting families (new and old), encouraging students, assisting classes on the mat, creating printed materials – you name it and she has a hand in it. Yet her friendly disposition doesn’t falter, and she always makes herself available to answer a question or support a family. Over her 16 years, Karin has seen many students grow from white belts with all manner of issues into strong, confident black-belt leaders. She is dedicated to the program because she sees the how it changes lives for the better.

Karin is passionate about her work at Elite TOMA and we are so, so lucky to have her in our family! 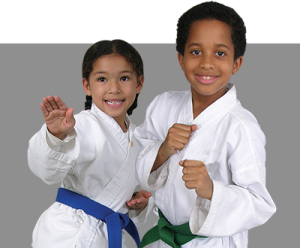